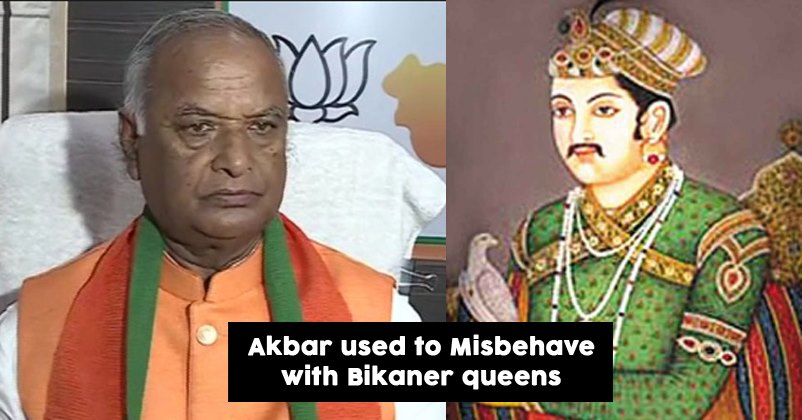 Another BJP leader landed into controversy after giving a disputed statement. Rajasthan BJP chief Madan Lal Saini said that Mughal emperor Akbar had once misbehaved with Bikaner queen Kiran Devi. His statement instantly triggered controversy and he was accused of creating tension in the society by Congress party.

Saini claimed that Akbar used to misbehave with women in his Meena Bazaar and he also claimed that he once tried to molest the queen of Bikaner.

He said that the whole world knows that Akbar organized “Meena Bazaars” only for women. In this market, no men were allowed but Akbar went there in disguise and committed “dushkarm” (wrongdoing).

He added that when Akbar misbehaved with the queen she put a sword to his neck and he had to beg for mercy.