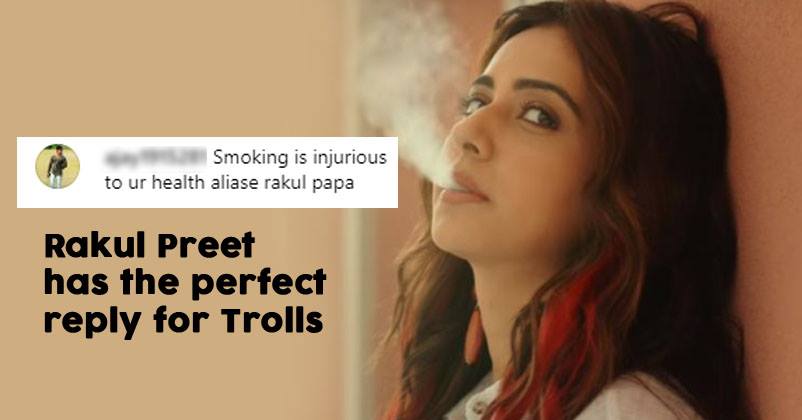 Actresses getting trolled on social media is nothing new now and majority of the times, it happens because of senseless issues.

Rakul Preet Singh is one of the most beautiful, hottest and talented actresses of the Indian movie industry and we last saw her in “De De Pyaar De” along with Ajay Devgn and Tabu. Now she will be seen next in “Manmadhudu 2” which is a Telugu romantic comedy directed by Rahul Ravindran. The movie also stars Akkineni Nagarjuna along with Rakul Preet while Samantha Akkineni, Akshara Gowda and Keerthy Suresh will be seen in guest appearances. This flick is a sequel to a superhit movie “Manmadhudu” and it will be releasing on August 9. 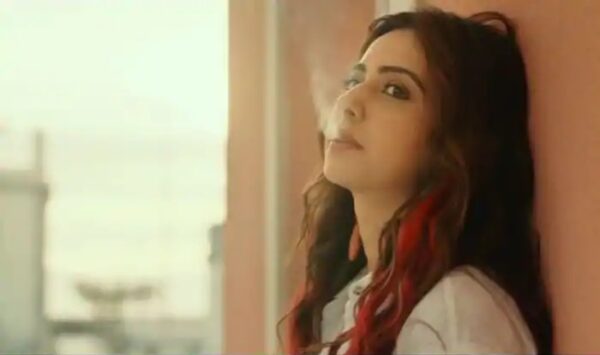 A new teaser was launched by the makers in order to tell the audience about Avantika, the character of Rakul Preet in the movie. While the fans loved the teaser , there were some who got annoyed after seeing Rakul Preet smoking in one of the scenes.

People trolled Rakul Preet, director Rahul Ravindran and his wife Chinmayi Sripaada and slammed them for their double standards.

However, Rakul Preet is not at all affected by these trolls and she gives it back to haters in a kickass way. As per her, there are far bigger things in her life to do. Here’s what she said, “Logo ka kaam hai kehna, kuch toh log kahenge (People are habitual of saying something and they will keep saying something always)”.

She cited the example of Kabir Singh and said that Shahid might have played that character but he is different in real life and people should learn to distinguish between real and reel characters.

Let’s hope that people will stop wasting their time in pointing out such senseless things.