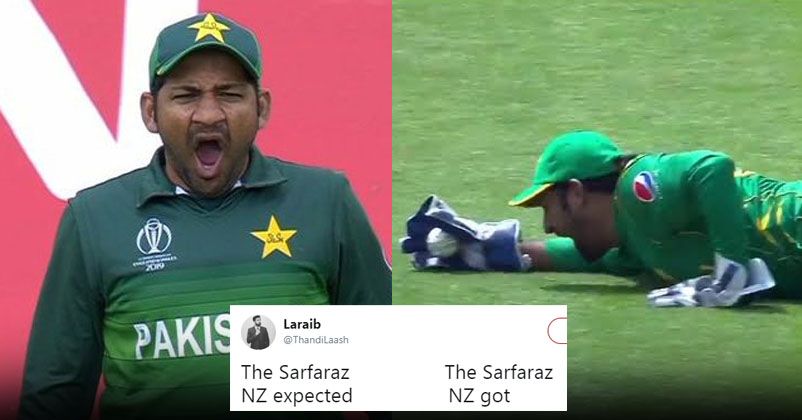 Recently Pakistan cricket team was brutally trolled for its fitness when the skipper was found yawning on the field during India Pakistan match. The team also performed poorly, batsmen couldn’t run properly and fielders missed several easy catches. After that, the team and its captain was the main meme material on the internet.

However, the Pakistani team has shut everyone’s mouth by playing well in the match against New Zealand. The Pakistani skipper took an excellent catch and dismissed Ross Taylor. And the internet found its new meme material.

It was Shaheen Afridi’s delivery to Taylor and Ahmed dived to his right to catch the ball and the match both. Now netizens are coming up with more creative memes on Pakistan and Sarfaraz which are hilarious but not insulting.

Have a look at these funny memes on Sarfaraz.

1. how others see the ball
2. how sarfaraz see the ball #NZvsPAK pic.twitter.com/WZruxqUukp

The Sarfaraz The Sarfaraz
NZ expected NZ got pic.twitter.com/dd8bGLvO8v

Australian Police Rubs Salt In The Wounds Of England Fans, Twitter Laughing With Them
Debate Sparks On Twitter After Naseer Hussain Asks A Witty Question To Pakistani Fans