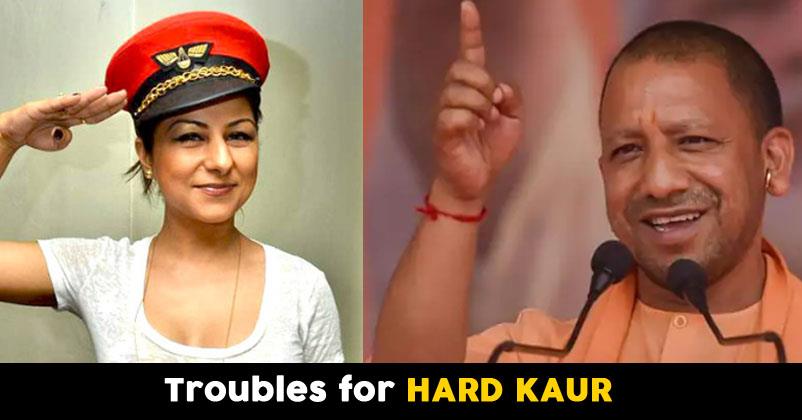 The UK based Indian singer Taran Kaur Dhillon, popularly known by her stage name Hard Kaur gave a controversial statement about RSS and Chief Minister of UP Yogi Adityanath. After making dubious comments she has been charged with sedition on Wednesday. Kaur called Adityanath an ‘orange rapeman’ and RSS chief Mohan Bhagwat a ‘terrorist and racist’.

As per reports, a local lawyer of Varanasi Shashank Shekhar filed a petition against her. Shekhar, who is also an RSS volunteer, in his complaint, stated that he was “deeply hurt” by her remarks.

Reportedly, the FIR is lodged under section 124A (attempt to excite disaffection or hatred), 153A (promoting enmity between different groups on ground of religion), 500 (defamation), 505 (intent to incite) of IPC and 66 (sending offensive messages) of IT Act.

Kaur blamed RSS for all the terror attacks happened in India including 26/11 and Pulwama attack. She shared Yogi Adityanath’s photo on her social media page and wrote, “IF THIS GUY WAS A SUPERHERO HIS NAME WOULD BE-RAPEMAN YOGI.”

Hard Kaur held Mohan Bhagwat responsible for the terror attacks in India and with his photo she wrote, “HE IS RESPONSIBLE FOR ALL TERRORIST ATTACKS IN INDIA INCLUDING 26/11, PULWAMA ATTACK.

19.8 Tonnes Rice, Allegedly For Mid-day Meal, Seized From Iskcon Premises
As 117 Children Pass Away In Bihar, Modi Is More Disturbed By Dhawan’s Injury