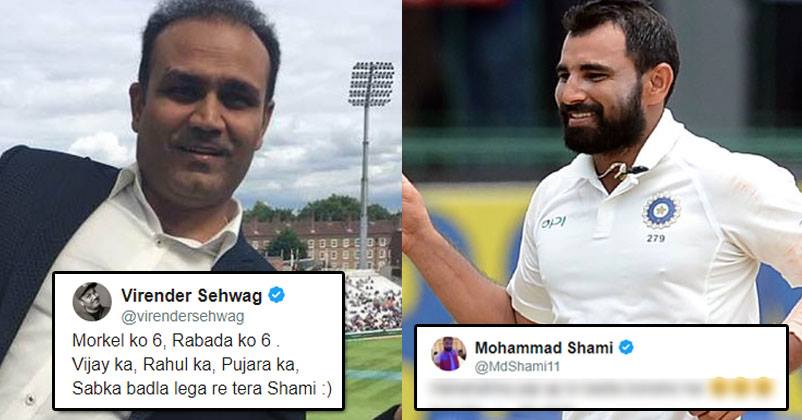 After losing 1st two test matches badly against South Africa and performing poorly in the 1st innings of 3rd match, Team India made some sort of a comeback in the 2nd Innings. 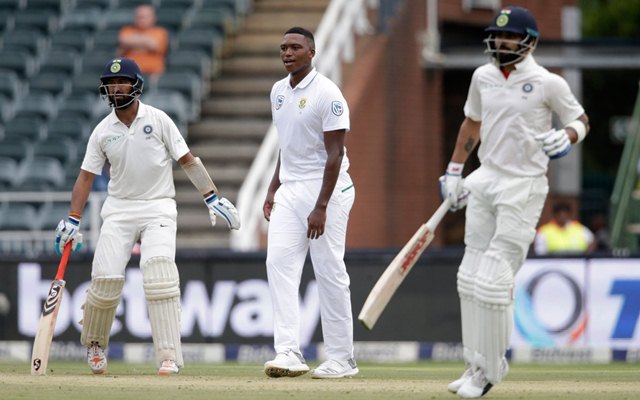 Thanks to stable innings by Ajinkya Rahane, Virat Kohli & Bhuvneshwar Kumar the Team India managed to score a respectable total of 247 on a dicey pitch.

However, the man who took all the attention in the match was Mohammad Shami.

Despite being a bowler, Shami surprised everyone with his batting and epic sixers.

Mohammad Shami scored 27 out of 28 balls and hit 1 sixer each to difficult bowlers like Morne Morkel and Kagiso Rabada. His performance threw a major surprise and impressed everyone. 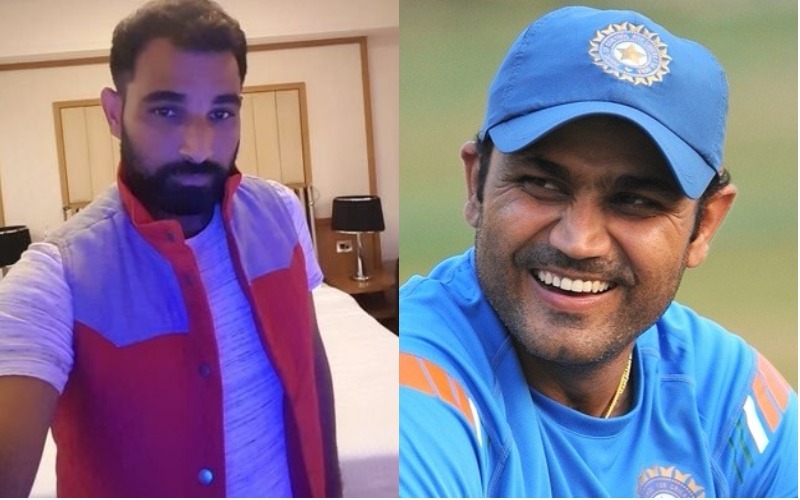 Former Indian Cricketer Virender Sehwag took to Twitter and appreciated Shami in his own unique way. He tweeted-

A humble Shami was quick to respond him. He tweeted-

Well, the way Shami has performed in the innings, he deserves all the appreciation.

What are your thoughts?