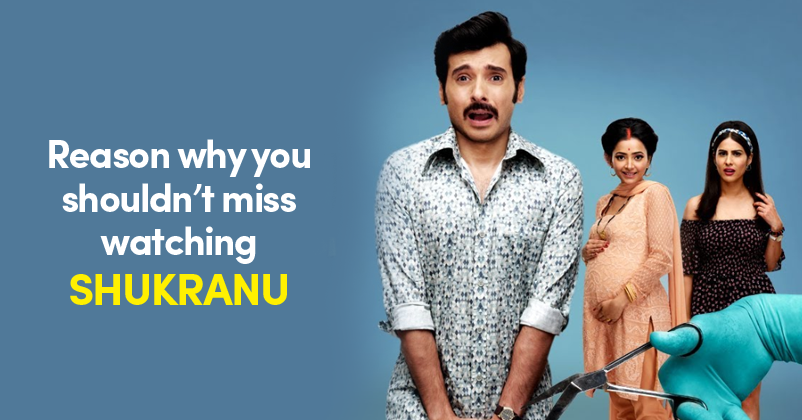 Shukranu- Hui Emotion Ki Nasbandi is a recent release on Zee5 platform. The film is set in one of the darkest phases of Indian democracy, at the time of emergency, when a lot of young men were sterilized against their wishes.

Our protagonist Inder (Divyendu Sharma) is one of such many men. What worsens the situation for him is that his marriage gets fixed, right after he had his forced sterilization.

In trying to handle this, he lies, escapes situations, does stupid things but somehow manages to hide this fact from his wife. All the miscommunication, mistrust and assumptions all lead to a whole lot of engaging chaos.

As the plot develops, an interesting chapter unfolds and we get to know that Inder is having an extramarital affair. His life goes on a roller coaster from there on as Inder tries to hide everything from his innocent wife who is starting to realize that something is wrong.

As the story unfolds further, the emotions unravel and the audience feels sympathy for all the characters who while flawed, seem very real.

Shukranu is a film that portrays events that are unique and does so in a completely new and fresh plot.

The reviews of the film have been quite rave and it has been appreciated greatly by the audience.

The actual brilliance of the film lies in narrating such a serious issue in a comic yet impactful way. Not every day you get a film with a sensible plot and engaging storytelling.

The performances are stoic and the punch lines are exceptionally funny. All in all, the film makes for perfect viewing, a light comedy that doesn’t fail to touch your heart.

Continue Reading
You may also like...
Related Topics:Shukranu, Zee5

Shahid Kapoor Responds To A Fan Who Asks, “Do You Like Salman Khan?”
Netizens Enjoy Quarantine By Playing Interesting Game Of Sharing GIFs Of Favourite Movies