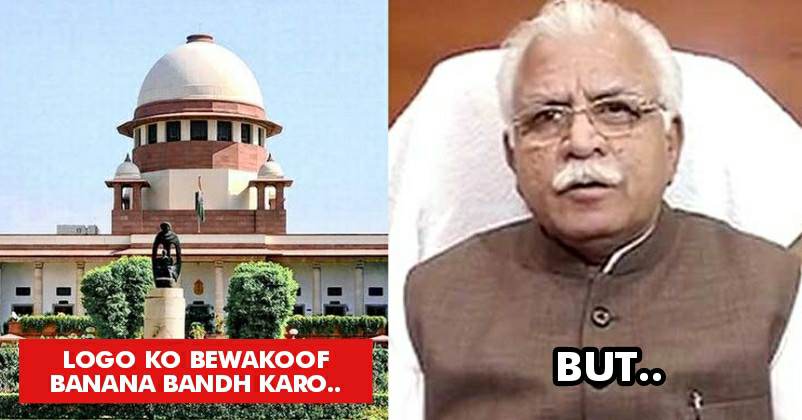 There is no denying the fact that it is the citizen who has to suffer all the time while the government and its administration come up with excuses or orders to save themselves. If this is not enough, they blame citizens for whatever happened with them but this time, the apex court has taken notice of a matter and left Haryana government in an embarrassing state.

It so happened that the Haryana govt. auctioned land of 558.53 hectares area for mining; however shockingly, merely 141.76 hectares of land was available. Supreme Court came heavily on Haryana govt. and asked them not to make people fool by taking benefit of their power.

A bench consisting of Justices Deepak Gupta and Madan B Lokur conveyed discontentment and annoyance with regard to a notice that Haryana released. The notice was about the auction of 558.53 hectares land while the available land area was just 141.76 hectares.

The bench observed that the petitioner firm should be refunded the money that it deposited. Hence, SC ordered Haryana govt. for refunding the amount plus 9% interest annually from when the deposit was made to the time of payment. This decision has been taken considering the “vast discrepancy” in terms of area.

SC noted that the company denied from taking possession of the land that Haryana govt. was to auction in Karnal. 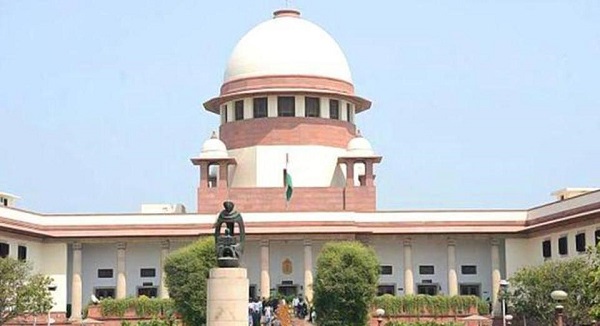 The bench of the justices got angry and infuriated when the counsel for the state mentioned that the firm is responsible for verifying the land area and its size. Here’s what the bench stated,

“It is very easy to blame the citizens for everything just because you are in power.”

“You cannot go on making fool of the citizens like this. You are the state and it is your responsibility to ensure that what was advertised should be given.”

The counsel mentioned a clause from the auction’s terms and conditions which says,

“All prospective bidders are expected and presumed to have surveyed the areas to make their own assessment for the potential of the areas for which bids are to be offered. The state government shall not be responsible for any kind of loss to the bidders/ contractors at any point of time (before or after grant of contract). Further the bidders are also expected to have gone through the terms and conditions of auction notice and also the applicable acts and rules for undertaking mining.”

The bench went through the clause and noted that the prospective bidder was not at all required to survey the land as far as measurement is concerned.

“The prospective bidder can make an assessment for the potential of the area for which bids are to be offered.”

The bench didn’t take into context the order of Punjab and Haryana High Court that dismissed the company’s plea in 2016. Subsequently to challenge this, the firm approached SC.

It’s our good luck that at least the judiciary is listening to the common man. What do you have to say in this regard? Let us know.