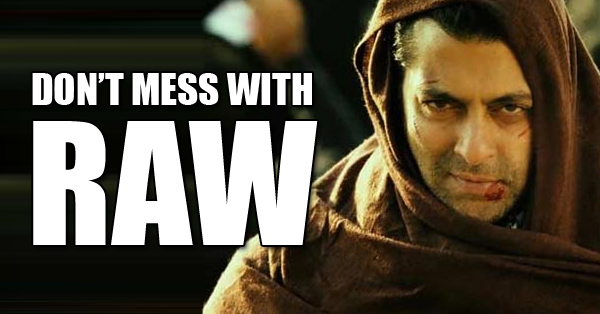 India’s external secret services- Research and Analysis wing. The itself is enough to give Indians and ahemm, our enemies goosebumps! Here are few more facts about RAW which will leave you in awe for the real life heroes!

1. RAW’s motto is ‘धर्मो रक्षति रक्षित:’. It means- The person who will protect dharma will be protected always.

2. RAW came into being after Sino-Indian war 1962 and India- Pakistan war in 1965, when Indira Gandhi government felt the need to protect India in advance.

3. RAW’s legal status is still very unclear which is why it’s not an agency, but a wing. This keeps RAW unanswerable to parliament and out of the Right to Information act. 4. RAW has been formed with the likes of CIA. It has been trained in US, UK and Israel.

5. In 1984, RAW informed that Pakistan’s operation Ababeel is planning to capture Saltoro ridge in Siachen. Indian army launched operation Meghdoot and Pakistan army was thrown out even before they could enter the territory!

6. Initially, RAW use to hire people from IB, Indian police services, military or revenue department. However, they not have started picking up students from universities! 7. Operation smiling Buddha was the name given to keep India’s nuclear program under tight wraps. Responsibility was given to RAW.

8. Sikkim was an independent state before it was amalgamated with India. RAW played a crucial role in making the crowd pro-India.

9. All of the RAW chief’s have been experts on Pakistan or China. Though, Ashok Chaturvedi is an expert on Nepal.

10. RAW was successful in tapping telephonic conversation between then Pakistan army chief Parvez Musharaf and his chief of staff Lt. Gen. Mohammed Aziz which confirmed Pakistan’s involvement in the Kargil incursion. However, they lost badly like they always did! Continue Reading
You may also like...
Related Topics:FBI, RAW, Secret Agency, Surprising Facts About India's RAW Which Will Give You Adrenaline Rush!, top secret agency