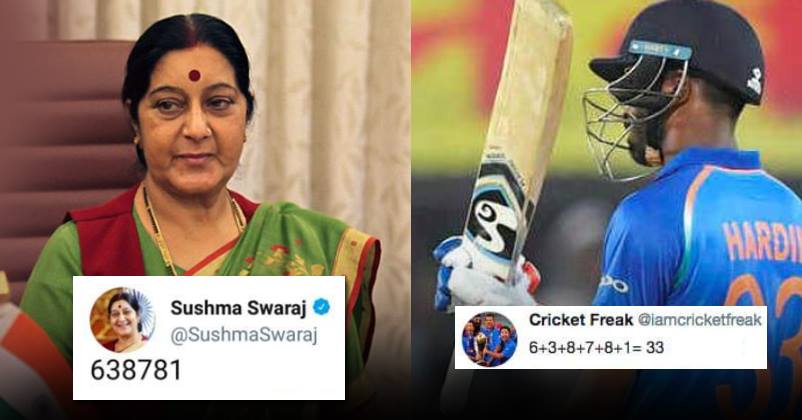 Sushma Swaraj is one politician who mostly remains in the news for her work. However, this time she became a topic of discussion on Twitter thanks to a mysterious tweet which she soon deleted.

The Minister of External Affairs, Sushma Swaraj took to Twitter and posted a number i.e. 638781. No caption and just a number. As soon as she posted it, people starting guessing and asking whether it is some OTP, encrypted message, country code or some password. Have a look-

Well, no one knows the answer but some reactions were really interesting and hilarious. Have a look at them below-

This OTP is no longer valid. Please share a new one 😂🙈

This much amount left in RBI😝😜

Did the Chinese manage to hack into @MEAIndia systems?

Remember that US and UK agencies had raised red flags about a alleged campaign funded by the Chinese Government named 'Cloud Hopper'@tanvi_madan @SushmaSwaraj @suhasinih pic.twitter.com/1Jp22LJz3j

Sushma Swaraj has been constantly in news for helping Indians stuck in other countries and even people with lost passports.

IndiGo Starts Route Between Bangkok And Varanasi. Netizens Are Calling It Paap And Praschit Route
10 Of The Craziest And Weirdest Internet Challenges That Went Viral