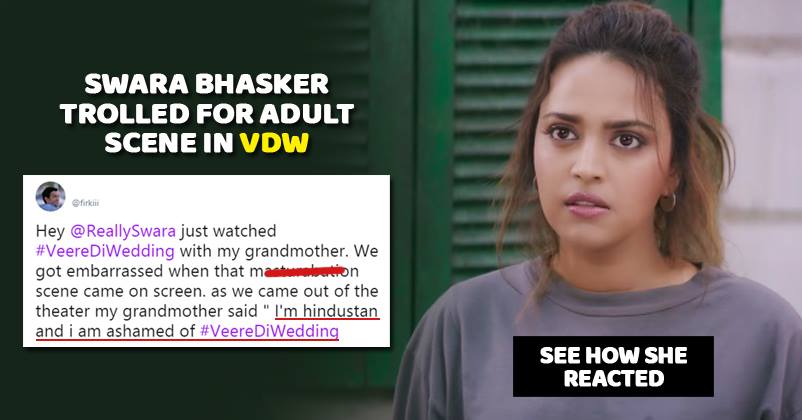 Veere Di Wedding has been doing tremendous business at Box Office despite the content getting criticised by a section of people on social media. The film is a success within two days of its release but the adult content has given fodder to the trollers. 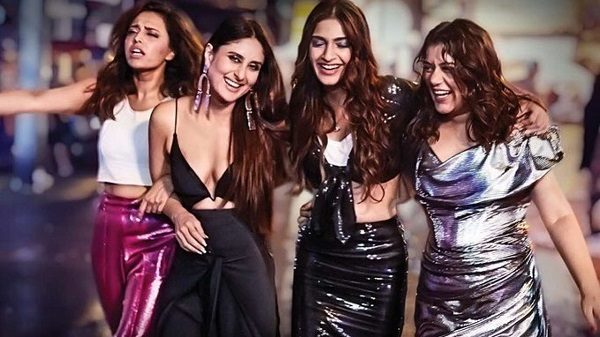 A particular adult scene feat Swara Bhasker in the film has become a big topic of discussion recently and debates are going on between those who liked it and those who didn’t.

A Twitter user posted a tweet in which he said that he took his grandmother to watch the film and she was so embarrassed that they had to leave the theatre in between.

This tweet went viral and everybody was seen talking about it. Have a look-

For some inexplicable reason, there seems to be a tremendous demand for Veere Di Wedding among Indian grandmothers, regardless of their alleged, consistent (word-to-word consistent!) opinion after the film. pic.twitter.com/VCn1wroHlf

Ques: Who has seen #VeereDiWedding ?
Ans: Everyone and their Grandmothers. 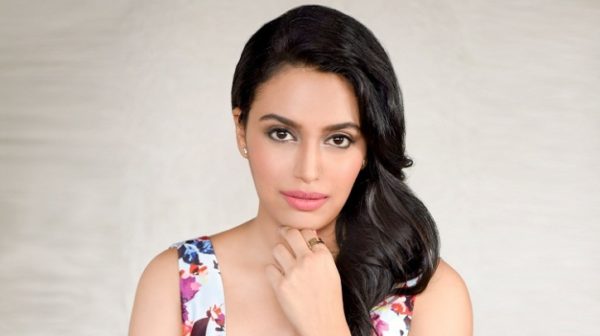 Swara Bhasker was also seen enjoying all the talks and debates about the scene. Here’s how she reacted-

The best answer is to totally ignore trolling and laughing it off. Isn’t it?