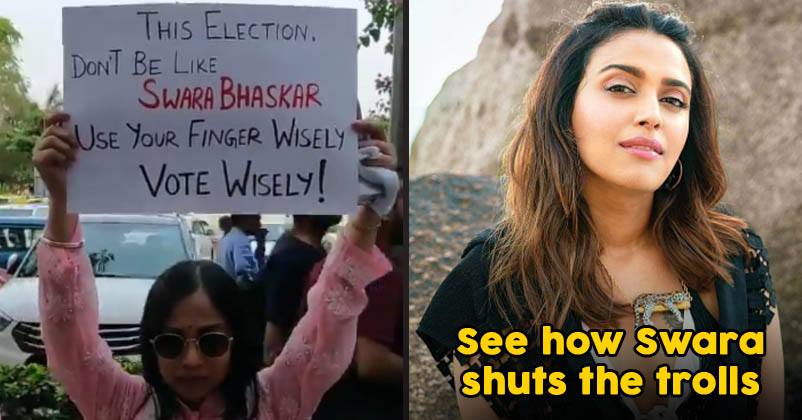 The Bollywood actress Swara Bhaskar has a long history of fighting with trollers as she is the one who loves to live life on her own terms and conditions. She has never shied away from giving it back to the haters and once again, she is bang on target. 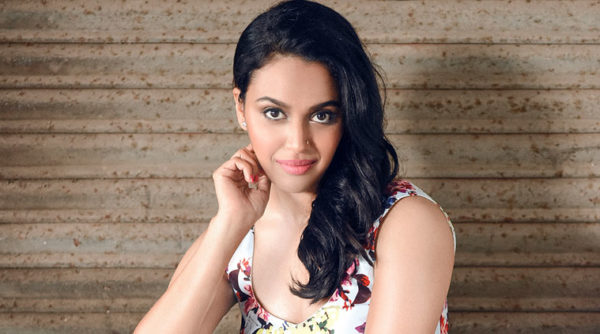 If you remember, in her movie “Veere Di Wedding”, Swara had a scene in which she was seen m*sturb*ting. The actress was heavily slammed for doing that scene but she remained unaffected with the criticism.

Recently, people tried to troll her with reference to that scene and the motive behind it was to encourage people to vote well.

In the trolling tweets, a man and a woman can be seen holding a placard which reads,

Use your finger wisely 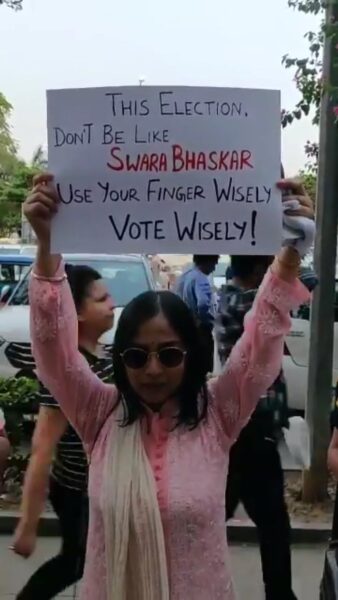 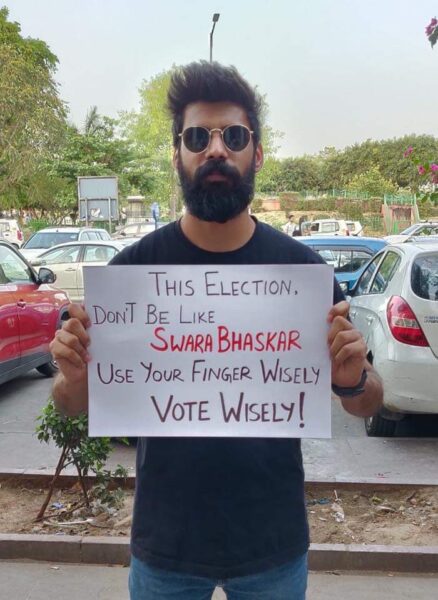 This is how people mocked Swara:

Don't use your finger in a secular way, Use it to make nation strong

We understand your frustration ..But at least this time use your finger wisely 🤣😅😂 pic.twitter.com/IimzEY6DGo

Don't be like Swara Bhaskar
Use your finger wisely, vote wisely 😂 pic.twitter.com/aBhNe5oyDl

Dont vote to any tukde tukde gang Member !! Use your finger for nation not for Gaddars !! Vote Wisely !! #GoVote pic.twitter.com/1AJScwYCpf

Instead of being negatively affected or getting offended, Swara blasted trollers in the coolest way. She took to Twitter, shared both the pics and wrote,

“Awwwwwww!!!!! My trolls are hard at work again, sweating it out in the heat to popularise my name.. You guys are SO dedicated & sweet!!! 🤗🤗🤗🤗❣️❣️❣️❣️ Don’t mind the slut-shaming guys.. their imagination is a bit limited.. but loving the effort you two 🙌🏾🙌🏾🙌🏾”

Awwwwwww!!!!! My trolls are hard at work again, sweating it out in the heat to popularise my name.. You guys are SO dedicated & sweet!!! 🤗🤗🤗🤗❣️❣️❣️❣️ Don’t mind the slut-shaming guys.. their imagination is a bit limited.. but loving the effort you two 🙌🏾🙌🏾🙌🏾 pic.twitter.com/fRqjGZ3b0q

Encouraging people to cast their vote is a wonderful job but doing it by targeting someone is definitely not praiseworthy. The basic aim of those two persons got defeated by bringing Swara Bhaskar in the scene but Swara was too good! Agree?