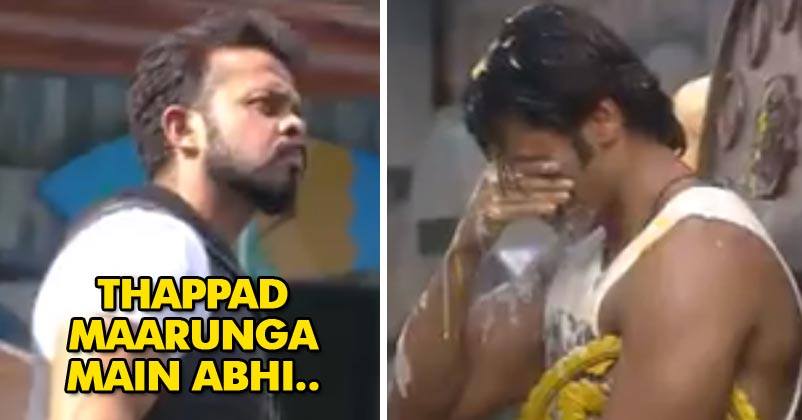 So, the latest Sneak-peak from today’s 9 pm episode is going to be full of drama, dedication and patience as Big Boss have finally given the members their this week’s Luxury Budget task!

And if you are a true fan of Big Boss, you should be well-familiar with this task of toughness. Yes, I’m talking about the same task our old favorites Gautam Gulati, Manveer and Mannu went quite popular for because of their spirit of persistence in performing this one particular task.

This is the task in which, today, one by one, all singles are going to sit on the throne and the partners’ team is together going to torture each of them in ANY way possible on earth! 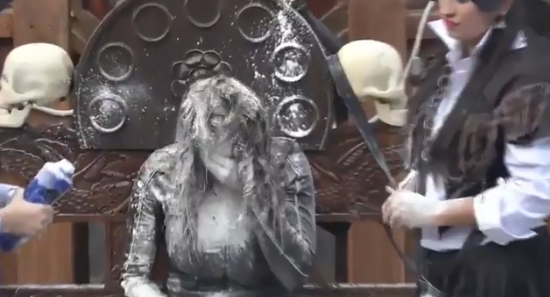 Singles are left in such a state where they are not even recognized anymore. Partners’ have not left anything that they couldn’t throw on the singles, be it, shampoo water, detergent powder, eggs and what not!
And due to that, Sri’s outrage is one thing we are eagerly looking forward to tonight because the partners’ have crossed all the limits there were, once, in order to take out their frustration.

The jodis will not leave any stone unturned in this week's luxury budget task! How will the singles react to it? Find out tonight at 9 PM. #BiggBoss12 #BB12 pic.twitter.com/ydASY926jN

But this is a task where all the gharwaale are given the opportunity to present themselves to the viewers either the best or an average contestant because, in this one, we are going to see who has actually had how much Dum!

Are the singles going to sit there breaking all the barriers or they’re going to give up? Tell us what you think the comment section.

And don’t forget to catch tonight’s 9 pm fully fledged Luxury Budget Task with loads of spice and strength that await us!
And for a lot of Unseen Undekha, catch the uncut episodes of Big Boss 12 on Voot

Also, catch why does Shivashish look like having a crush on Jasleen Matharoo

Continue Reading
You may also like...
Related Topics:Big Boss 12, luxury budget, single's on the target, test of patience, tonight's task