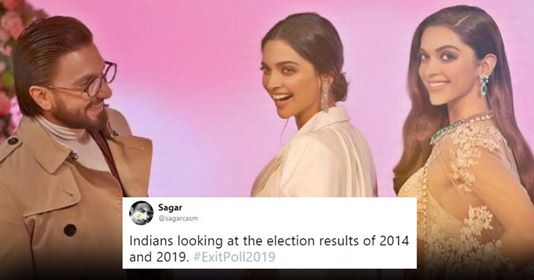 Lok Sabha Elections 2019 was turmoil in the country and for once we all united and voted. Polling of the Lok Sabha elections comes to an end after being held in seven phases. Shortly after the polling exit polls came with their predictions, which are tipping in the favor of BJP. Means Narendra Modi will most probably run for a second time.

As the results were released and elections have been a hotter topic than summer, Twitter was quick to react with memes.

Game of Thrones has ended, election has ended.
Both ended in a good note that people will choose their King not their families 😂 #GOTS8E6 #ExitPoll2019 #ModiAaGaya

Just spoke with #Nehru.
He's made it clear that he's got nothing to do with the pathetic show of the Congress in #ExitPoll2019 😲😎
.https://t.co/SKlMMkWKB7 pic.twitter.com/1Bp54HLrLA

It is an end to an exciting game. Who is the winner though?