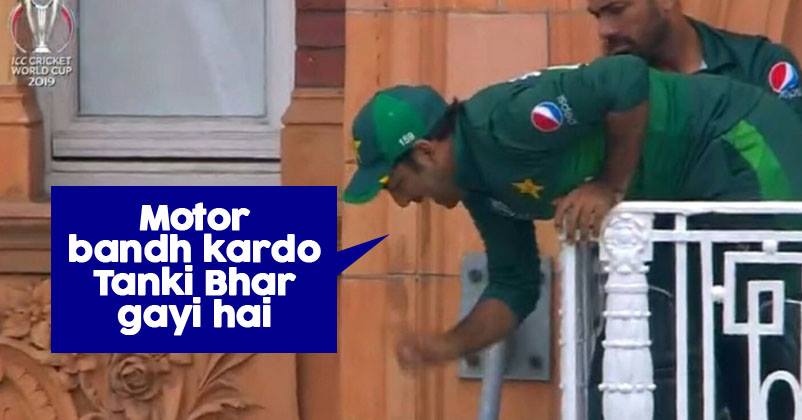 Sarfaraz has been in the sweet attention of meme-makers for a long time now. And after the India-Pakistan match and yawning on the field, it grew a lot. Pakistan had a really bitter loss against India and they were trolled for their inadequacy and for being unfit. Well, quick to recover they did shut a lot of mouths after winning against South Africa by 49 runs. The match was interesting overall, but one moment was the most amusing of all.

Sarfaraz Ahmed, skipper of the Pakistan team was captured on camera at the Lord’s balcony, he was seen bending over by the railing to talk to someone. This spurged the people on social media, people came up with hilarious conversations that often take place from balconies – like those regarding switching off water pumps or when food delivery guy comes home with food.

So it was our duty to compile the best ones so you could have the best laugh!

These memes are sure hilarious!