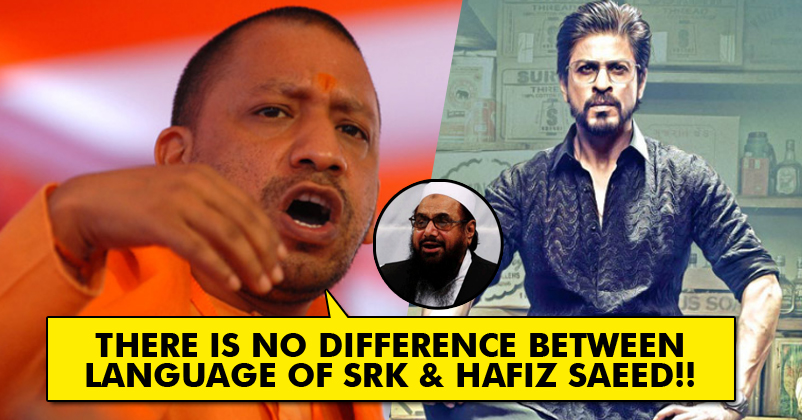 Uttar Pradesh’s election was like a litmus test for Narendra Modi and the BJP Government after they hit the note ban on 8th November 2016. However, the result turned out to be as good as CBSE topper’s result. A clean swipe of saffron over the entire Uttar Pradesh was their goal and they succeeded into it with utmost dedication and good leadership skills.

Narendra Modi himself engaged into the entire politics of Uttar Pradesh and didn’t utter any hint for the face of Chief Minister candidate of UP from their party. But now since they have won the election, they have finally spoken the name. It’s Yogi Adityanath. Now this news has gone viral and by now you might have read a lot of ‘good’ things about him in various articles. So let us just brief you with some of his controversial statements. Here we go. There have been 450 riots cases in West UP in two-and-a-half years of Samajwadi Party rule because the population of a particular community is rising manifold. Why are there no riots in Eastern UP? You can easily understand. In places where there are 10-20% minority population, stray communal incidents take place. Where there are 20-35% of them, serious communal riots take place and where they are more than 35%, there is no place for non-Muslims. (Noida on September 7, 2014) Yogi is not talking about today, Yogi is talking about future. Exodus is a very big issue for us…BJP will not let western Uttar Pradesh turn into another Kashmir. (At Sahibabad on January 30, 2017)

Mother Teresa was part of the conspiracy to Christianize India. Hindus were converted in the name of doing service and then converted. (at Basti, UP in July, 2016) Lord Shankar was the biggest Yogi who started Yoga. Mahadev lives in every particle of this country. So those who want to avoid Yoga and Lord Shankar can leave Hindustan. (at Varanasi, June 9, 2015) If one Hindu girl is converted, we will convert 100 Muslims girls. The way Hindu girls are insulted, I don’t think a civilised society would accept it. If the government is not doing anything, then the Hindus will have to take matters into their own hands. We will not tolerate harassment of Hindus in the state at any cost…If anybody tries to touch Hindus in eastern UP, he will have to face the consequences.

These are the statement made by him. We, The RVCJ Team feel that some parts of few points are true, but the later parts are just way too corrupt and polluted. What are your views and opinions on his statements? Please share them in the comment section below.

This Letter By A 11 Year Old Pakistani Girl To PM Modi Has A Powerful Message! It’s Going Viral!
This Is How The International Media Reported The News Of Yogi Adityanath