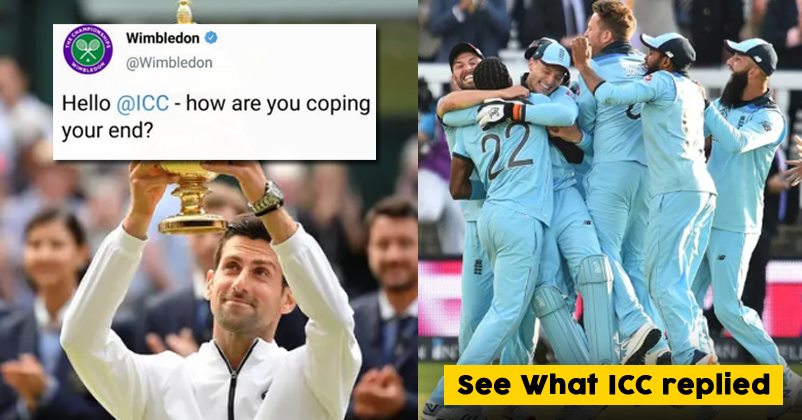 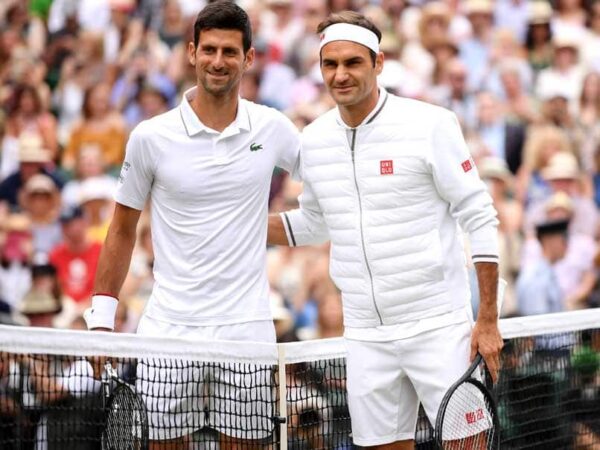 While Wimbledon men’s finals played between Roger Federer and Novak Djokovic, was the longest men’s singles final in the history of the tournament, WC final between England and New Zealand ended in a tie and even super over also resulted in a tie. So both the games are registered in history and will be remembered forever.

What also be remembered in the coming years will a chat between Wimbledon and ICC’s Twitter handle. After the final Wimbledon tweeted, “Hello @ICC – how are you coping your end?” To which ICC replied, “Things are a bit hectic here right now, we’ll get back to you 😅”

Things are a bit hectic here right now, we'll get back to you 😅#CWC19 | #Wimbledon | #CWC1FINAL

Needless to say, the sports fans were amused at this unusual chit chat between the two and people loved it. Some even came up with the idea that July 14 should be celebrated as ‘World Sports Day’.

As both the games were exciting fans had a hard time keeping track of both at the same time. Sports enthusiasts almost had a heart attack watching both the thrilling game and witnessing double adrenaline rush. Here’s how twitterians watched the games and shared memes about it:

What great moments in world sport!

Wimbledon final goes to tie-breaker in the Fifth Set

✅Longest #Wimbledon singles final in history (4h 55 mins). First-ever Grand Slam final to go to a 5th set tie-break
✅First-ever tie in WC final that went into a #SuperOver that also ended up in a tie

Not even a single Indian is playing and I have bitten all my nails. What a crazy day of sport. #EngVsNZ #WimbledonFinal pic.twitter.com/5u5ZKseAni

A great day for spectator sports.

Me trying to watch both the #CWC19 and #Wimbledon mens final, both at critical stages pic.twitter.com/DHKrtrILaH

Read Why: Moeen Ali & Adil Rashid Decided To Walk Away From The World Cup 2019 Celebrations
Eoin Morgan On Winning The World Cup Trophy: Allah Was With Us