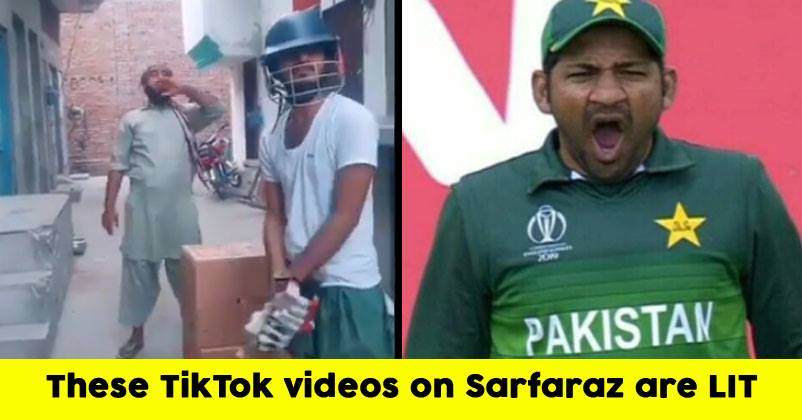 India bashed Pakistan in the World Cup match held on the 16th of June this Sunday. India led to an amazing victory. Not only people from both the nations were glued to the televisions but people from all over the world were hooked.
India vs Pakistan is the most awaited match of the series. But Pakistan performed poorly, this angered their fans and citizens of Pakistan.

A video recently circulated on Twitter where the players were seen eating junk food in a Hookah Longue, this just added flame to the fire. Pakistani’s were disappointed with the team and started trolling their own. Sarfaraz was the highlight. Sarfaraz was seen yawning in the middle of the match! I mean how? It seemed like he had already given up on his team.

People took notice of this and started imitating him. This series of Pakistani people hilariously trolling him is everything you need to see today!

These videos are spot on!

Sania Mirza Lashes Out On Veena Malik For Her ‘Parenting, Nutrition Opinions’
This Video Of Sarfaraz Ahmed Being Attacked By The Pakistani Supporters Goes Viral