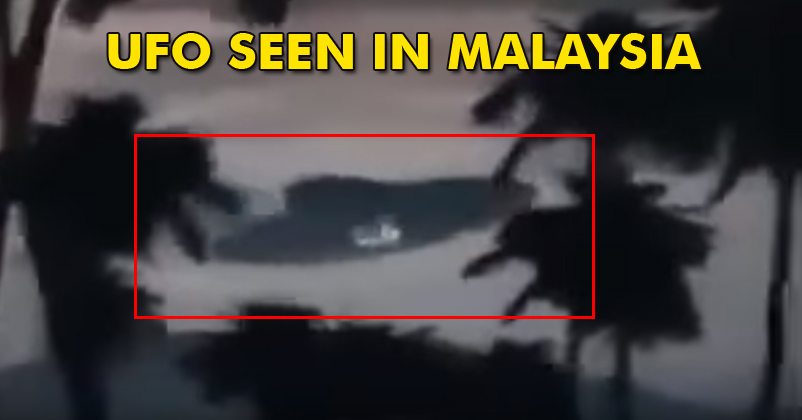 Are you a great fan of the movie ‘Independence Day’ ? If yes, then this video will certainly drive you crazy because this is by far the most realistic UFO Footage ever. The video was shot in Malaysia. However we don’t hold any authenticity of this video. The video shows enormous giant elliptical like structure hovering over the sky which eventually gets lost in the thin air. Have a look ! !

However, no matter how realistic it looks like, but we can’t rule out the possibility of this being another great masterpiece of a Photoshop user. Such kind of UFO videos are usually shared at large in Internet but the authenticity of such video are never checked.

If we look down at the video, the chances of recording this video at such low resolution is highly unlike as today such low quality camera smartphone are very rare. Apart from this lukewarm objection, I would also like to point it out that the video is shot in ‘Black and White’ filter effects which is very unusual for a normal smartphone user to capture such a video. At such moments of sheer excitement a person usually opens up his primary camera app instead of any third party filter app. Secondly, black and white filter with such low resolution always gives a heads up for photoshop users to fool their audience. Now if we try to introspect more about in this video, the audio used in this video is horrifying for sure which does make us believe in it. But the language used in the audio is ‘MALAY’ (Kelantan state dialect), and it is surprising to note that in this video, not even a single word has been uttered about the UFO ! ! Yes, the horrified women in this video is speaking in a language which is only understood by 0.008 percent of the word population. She is talking about her son not going to school as he was hit by some car and something about 7 o’clock. Hence this audio does raises question on the authenticity of this video ! ! Also a similar kind of video was uploaded 9 years ago by a youtube user named ‘ManBird2000’ which was almost just like this video. So the possibility of using photoshop skills on such a video can’t be ruled out.

This video has been picked up many International Media Houses and it is funny to see that none of the writers have tried to introspect this video and doing a brief research on it. If you still believe in this video then please try to convince me as well as our users who will be by now tearing the authenticity of this video in the comment section below ! !

Here’s How You Can Buy Reliance JIO 4G SIM For Free !
Now, Convert Your Number To JIO Sim With These Steps And Enjoy Free Outgoing Calls!