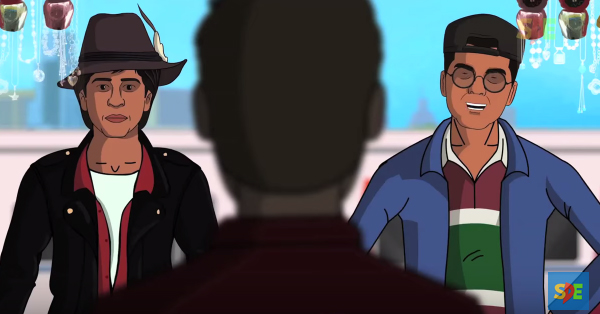 Remember LGBT Campaign which was viral all over social media for over a month after The United States decided to Legalize Same Gender Marriages? This historic decision had corresponding effects in the largest democracy (India) too.. While some people went on to welcome this historic decision, others seriously made fun of this. Based on the same issue SDE ( Shudh Desi Endings ) have come up with a hilarious Spoof featuring the very controversial friend pair Karan Johar & Shah Rukh Khan in the epic movie DDLJ ( Dilwale Dulhania Le Jaayenge).
DDLJ was an epic movie which was released in the year 1995 and which made the world record of longest running Movie and continued to be on the big screen for 1008 weeks. It was an epic love story which made up with fight sequels, emotional scenes, songs, arguments and Love.
But SDE came up with a weird thought highlighting SRK & Karan Johar in the movie. The story got a new, stunning twist 😀 Which is way too hilarious and fun to watch than the Original DDLJ 😀
Watch the video here:

“BJP Never Promised ‘ACCHE DIN’”, This Statement Of A Minister Will Shock You To The Core
Jasleen Kaur Walked Away After Listening To The Witness & Without Answering To Question. What Do You Have To Say About It?