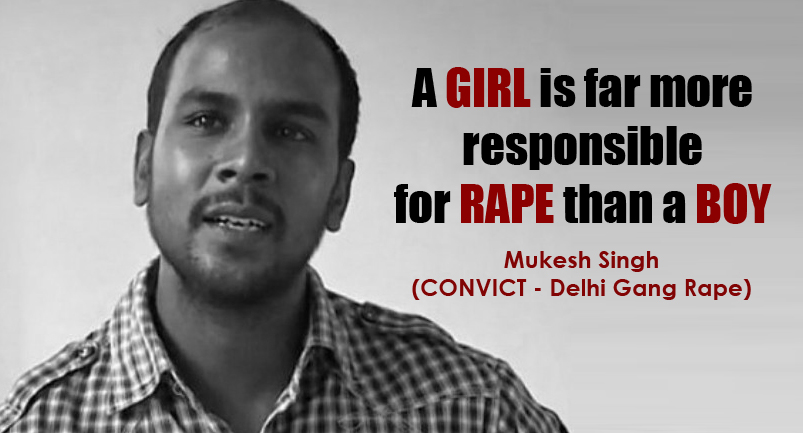 Despite of objections & protests by the Indian Govt., BBC on Wednesday aired the Controversial Documentary on the Delhi Gang-Rape case.

They objected the release of the Film INDIA’S DAUGHTER as it objected to the Film Makers to release it without their approval. But BBC defended the Objection and released the Documentary Video on Wednesday.

The Video shows Victim’s Father, Mother, Defence Lawyers & even one of the Main Accused Mukesh Singh expressing their views on the Incident, who even blamed Nirbhaya herself responsible for the Rape.

Here is the Glimpse of what Different people in the Documentary had to say about the Incident. Their rapist & criminal mind is the reason of banning the documentary:- It has been two years now but the question still remains the same IS WOMEN SAFE IN INDIA? What If Nirbhaya was alive today and she faced such filthy statements of Accused, Lawyers & Politicians?

To end it i would say When We Can’t Even Stop A Telecast Of Documentary On Rapist Then How Can We Stop Rapes.!!

5 Incidents That Proves Girl Is Far More Responsible For Rape Than A Boy
Best Boss Ever – Mega Gift For Employees : Nano Cars