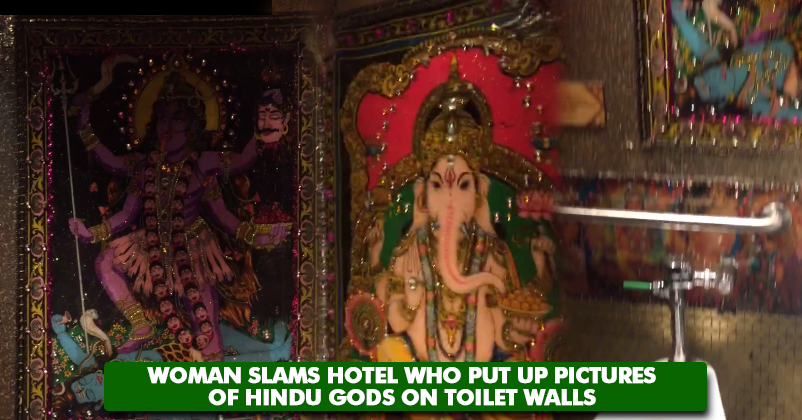 Apparently, there is something exotic about the Indian gods and goddesses. As a result, images of our worshipped gods and deities keep cropping up in different places around the world. However, a pub in New York has crossed all limits.

Ankita Mishra, an Indian American visited a pub named the House Of Yes located in Bushwick in New York. The pub is one of the most popular pubs in the state and is known for its peppy, quirky and wild ambience.

The pub’s description reads, “Weird. Wild. Wonderful. A performance fueled night club and creative venue programmed with eclectic events and fabulous dance parties.” And true to its name, the pub had a surprise in store for Ankita. 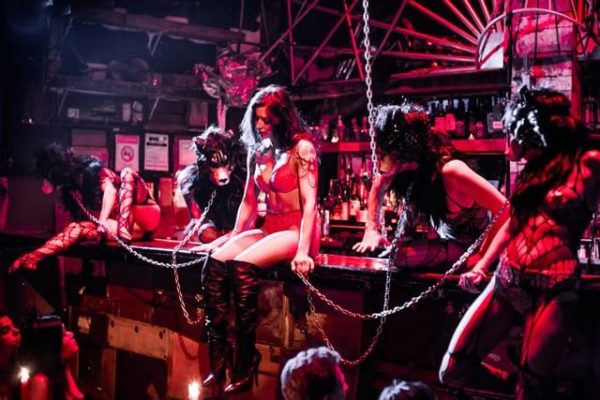 She visited the pub bathroom to find that the doors were covered in posters of Hindu gods and goddesses starting from Ganesh and Kali to Shiva. Ankita described her experience in a blog post, where she couldn’t help but express her shock and disappointment.

She mentioned in her post that being a queer brown woman living in New York, she was used to being bullied and discriminated against. But this time she could no longer remain silent. She wrote a detailed letter to the pub manager. 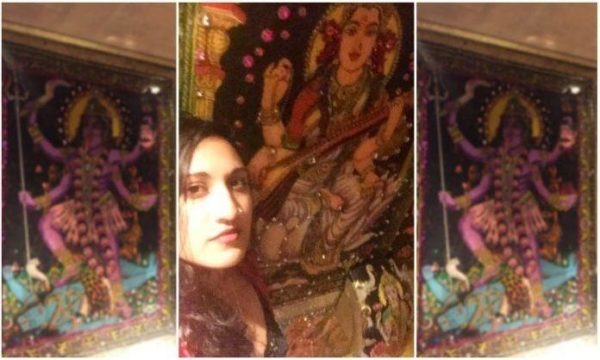 She wrote, “I was not proud on Saturday night. I was there with a group that had ordered a bottle service table to the side of the bar and because of the high price they were paying, I had the privilege of accessing the private bathroom behind the DJ booth by the stage. You know the one. At first when I reached for toilet paper from the dispenser, it did not register that I was looking at Mahadev. Slowly I raised my eyes to take in the room and noticed all of them- Ganesha, Saraswati, Brahma, Shiva, Radha and Krishna, Lakshmi, and inexplicably right above the toilet, Kali.”

She also mentioned, “ Cleanliness and purity are obsessive rules in an Indian household. Around Indian deities it is a very basic form of respect, one that you learn as a child. You cannot present a flower to a god after having smelled it- you cannot wear shoes in a temple. Peeing, shitting, throwing up and all other activities that happen in nightclub bathrooms would also go under the category of uncleanliness.”

Making fun of someone’s religion or culture is just not done, guys. You may have your own set of values, but we have our own. It seems that a truly secular world is an ideological concept, which may never come true. However, Ankita’s words in this case did have an impact as the owner of the nightclub wrote back to her, apologized and decided to have the washrooms redesigned.