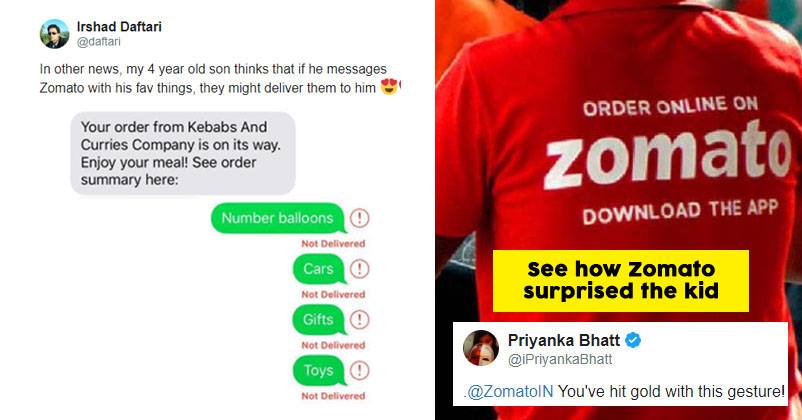 The online food delivery app Zomato leaves no stone unturned to make its customers happy. A few days ago when an MP guy canceled the order from Zomato citing the reason that during Shravan his food is being delivered by a non-Hindu guy. The company canceled the order but did not refund the money. After that many people boycotted the app and gave a one-star rating on the play store. 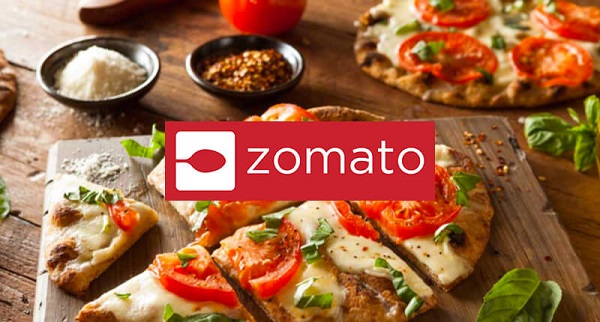 But the company kept on working with the same enthusiasm to bring a smile on its customers’ faces. Recently a Mumbai man ordered food from the app and his son requested them to send balloons, toys, cars, etc, using the chat feature on the app.

It seemed funny to the man so he took a screenshot and posted it on twitter. He captioned it, “In other news, my 4-year-old son thinks that if he messages Zomato with his fav things, they might deliver them to him 😍❤️”

In other news, my 4 year old son thinks that if he messages Zomato with his fav things, they might deliver them to him 😍❤️ pic.twitter.com/K5g65L0rlF

The tweet somehow reached the Zomato and they actually fulfilled the child’s request and send him a toy car. While Twitter users found it adorable Zomato, like always took care of his customers, even if he was a four-year-old kid.

The Mumbai man then posted an update with his kid’s pic and the new toy car. He wrote, “UPDATE: By special delivery from the good, nay, GREAT, people at Zomato the 4-year-old has got the best surprise ever! Has been running around the house with his gift while his 8-month-old sister plays with the wrapping paper. Happiness all around 😍😍😍”

Making our Junior Super Foodie smile is what we aim for. ^SS#ZomaLove pic.twitter.com/w72v7bHlLP

This sweet gesture by Zomato won millions of hearts on twitter and people praised the food delivering company.

Great work @Zomato @ZomatoIN 👏👏👏👏 🙏🙏 you care about feeling's and emotions of your customers doesn't matter how old he is.#Zomato #zomatoindia https://t.co/81jZue7WKV

Hey @ZomatoIN I see you guys are doing so great how about giving me a job ? Everyone needs a santa in their lives, no? 🤷🏻‍♂️🙈 https://t.co/cqF6apLdIR

He surely is ahead of his time! Best wishes.

How could anyone hate this company, which takes care of its every single customer?

Remember The Woman Who Reminded Us Of Lata Ji? She Looks Completely Different In These Latest Pics
Here’s How Punjab CM’s Wife Has Been Duped For Rs 23 Lakh By A Jharkhand Man