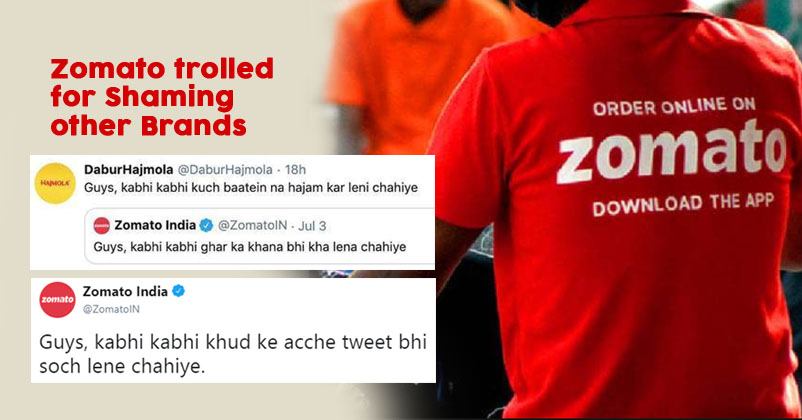 Recently a tweet from Zomato went viral when they asked the customers to eat at home once in a while. As the trends of the food chain and food delivering are changing fast and reaching out to more doors, companies like Zomato, Swiggy, and others are in a tight competition with each other. It is not new to see brands taking a dig at each other.

In the viral tweet by Zomato, they playfully nudged the people to eat at home too. People were left laughing at this funny dig at them. Most of the users were upbeat and praised the brand for its witness, but we think Zomato did not understand where to draw a line!

A lot of people, including some brands re-tweeted the message in their own way! Soon the trend was taking all over Twitter. 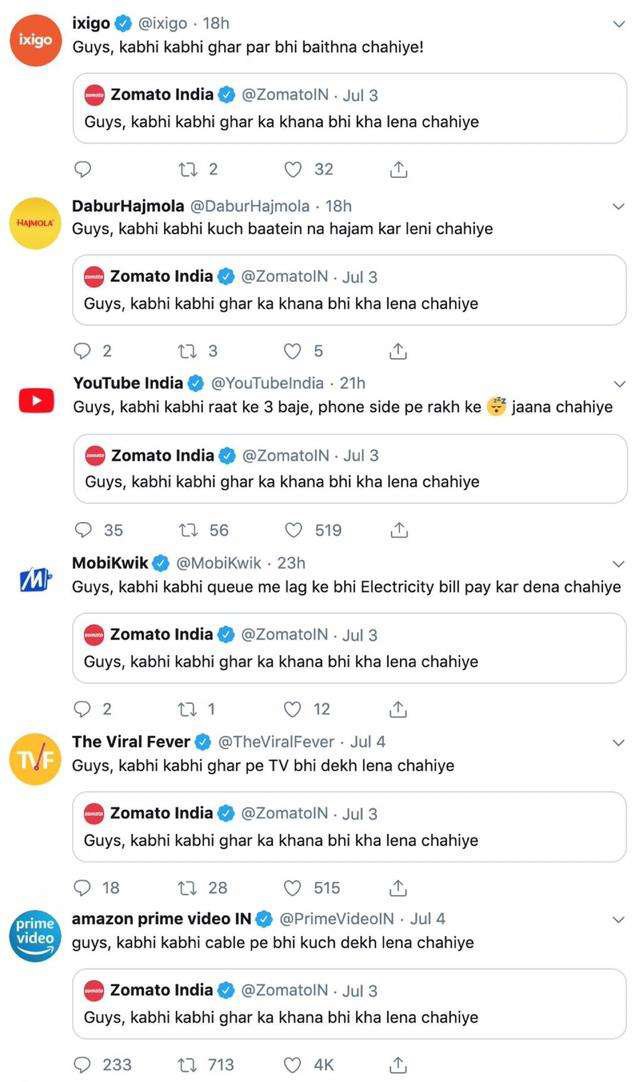 This did not go well with our desi’s and people soon came as a back up for their brands.

Zomato take lessons, trolling other people this much is not good!

‘ I’ll Remind Him,” Virat Kohli On Facing New Zealand ‘s Captain Once Again After 11 Years In WC
Here’s What Hrithik Roshan Has To Say About Kangana Ranaut’s Attacks And The Legal Cases