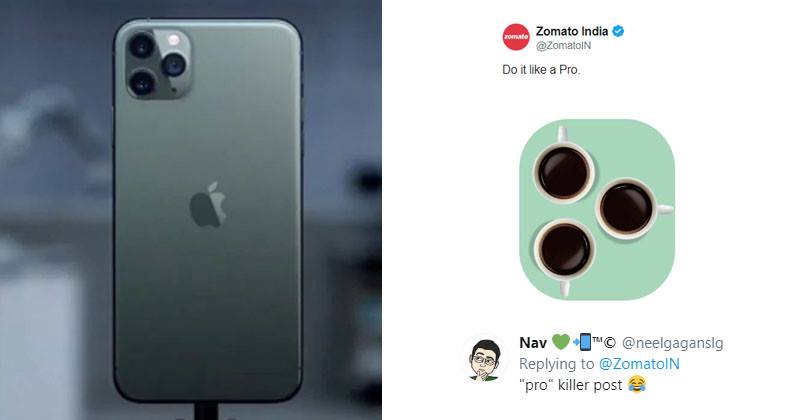 Apple recently launched iPhone 11 Pro and iPhone 11 Max at an event and instantly grabbed the attention of netizens as soon as it was launched. iPhone 11 is priced keeping in mind Apple’s motto ‘think different’ the high budget phone is just a dream for the middle class people.

However, the company claims that the new iPhone is cheaper and faster than its predecessors. iPhone 11 is grabbing the attention for its triple camera which seems a bit a weird as the camera has been placed in a triangle format which is undoubtedly unique. 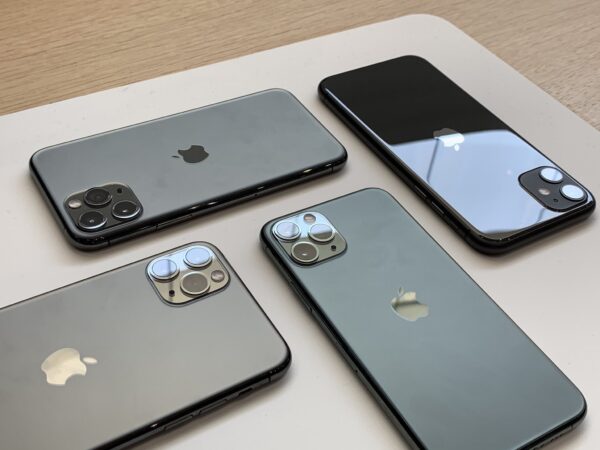 Zomato the biggest online food delivery application in India. The twitter team of Zomato is lately nailing their posts with their unique marketing minds. As soon as Apple launched their two new phones which costs close to a lakh and more. Zomato posted a picture on their twitter handle replacing the triple camera of iPhone 11 with three cups of tea with the caption, Do it like a Pro.

Desi twitter hilariously reacted to Zomato’s smitten post which irked a meme fest. Check out some of the best tweets below which is going to crack you up:

Are the cups and tray included

Y’all don’t waste time, do you?

You could have kept a sugar cube bowl to imitate the flash of iPhone 11. Well designed, but not enough 😜