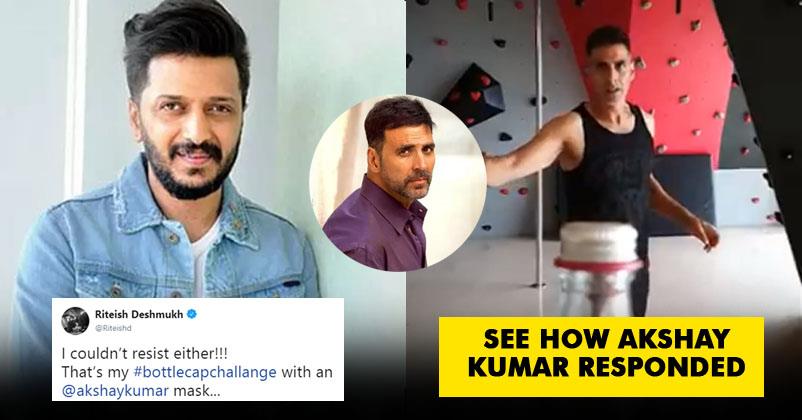 Jason Statham recently started a new challenge on social media which spread like wildfire. The world’s best action hero was able to unscrew the bottle cap just by kicking it without even breaking the bottle. Several Bollywood star took up the #bottlecap challenge and came out with flying colours.

Bollywood’s very own action hero Akshay Kumar was the first one to take up the challenge and he completed the killer stunt with ease. Akshay Kumar took to his social media handle to share the video acing the challenge with his fans. 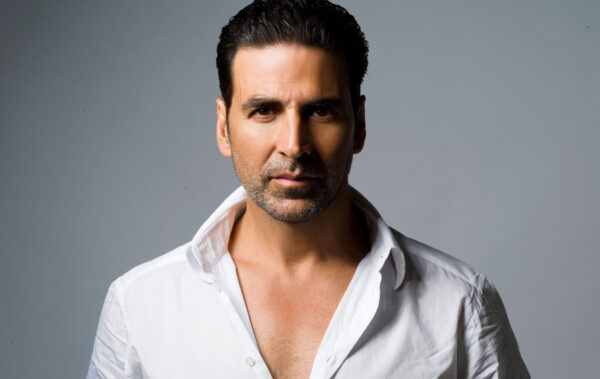 After Akshay, many other Bollywood celebrities took up the challenge like Tiger Shroff, Kunal Khemu, Vidyut Jamwal, Ishaan Khatter, Siddharth Chaturvedi and Riteish Deshmukh. But Riteish Deshmukh had a very unique approach to the bottle cap challenge as he wore the Akshay mask to complete the challenge.

I couldn’t resist either!!!
That’s my #bottlecapchallange with an @akshaykumar mask… beware he may claim it’s him…. as a good friend I will allow him that much !!! My next challenge video is with a @iTIGERSHROFF mask… pic.twitter.com/gGb0Na56c7

These two are hilarious!

Hrithik Roshan Booked For Cheating Along With A Health And Wellness Start-Up
A Hand On Rishabh Pant’s Shoulder Is Confusing People, Is It A Ghost? Is It Parthiv Patel? Who Knows