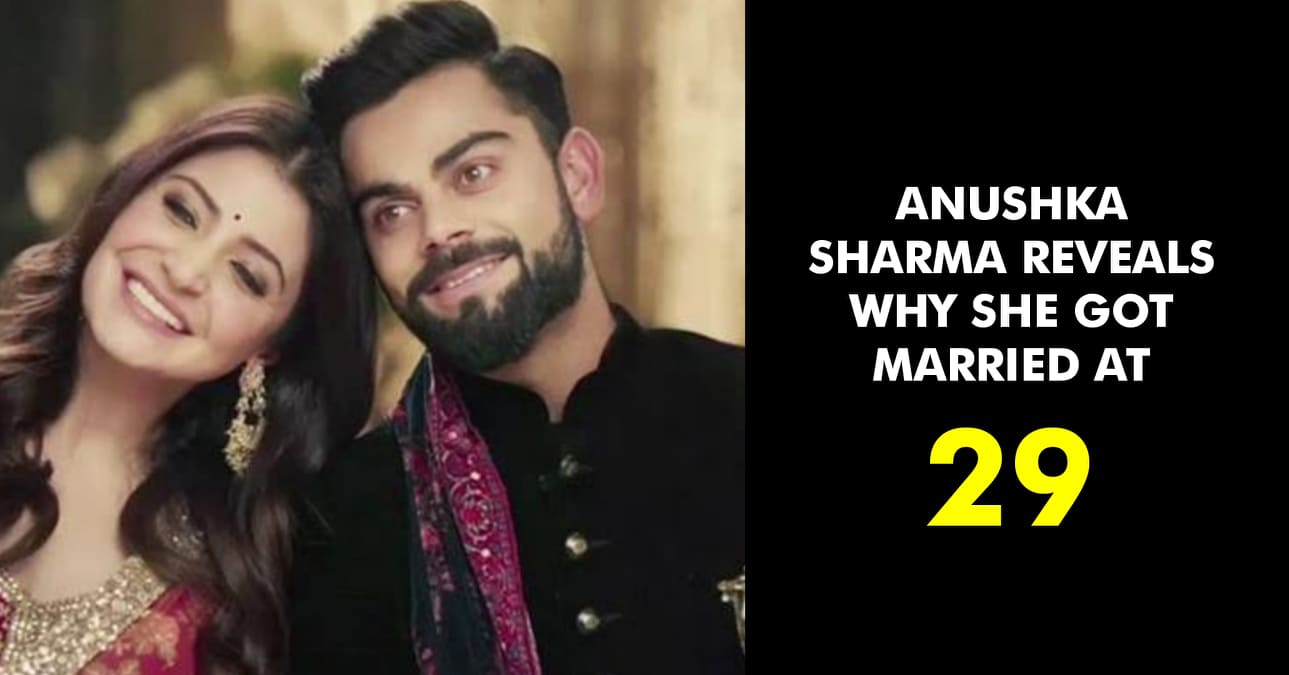 Bollywood and Cricket unite really well and all these years have given us a proof to prove my words correct. Over the years many cricketers fell in love with the actresses of our tinsel town Bollywood and later tied the knot. One of the best unions of Bollywood and Cricket is the marriage of Anushka Sharma with Indian skipper Virat Kohli.


There is no doubt about the fact that Anushka Sharma and Virat Kohli form one of the most adorable couples ever. From their fairy tale wedding to their love for each other, they’re totally couple goals!


Anushka and Virat never shy to express their love for each other and are often seen sharing lovey-dovey pictures of themselves on Instagram. Recently, during an interview with Filmfare, the Zero actress was questioned about why she got married at the age of 29?

Mrs Kohli gave a fitting reply, she said, I did it because I was in love. Well, the NH10 actress is absolutely right anyone should get married when they feel right and are in love.