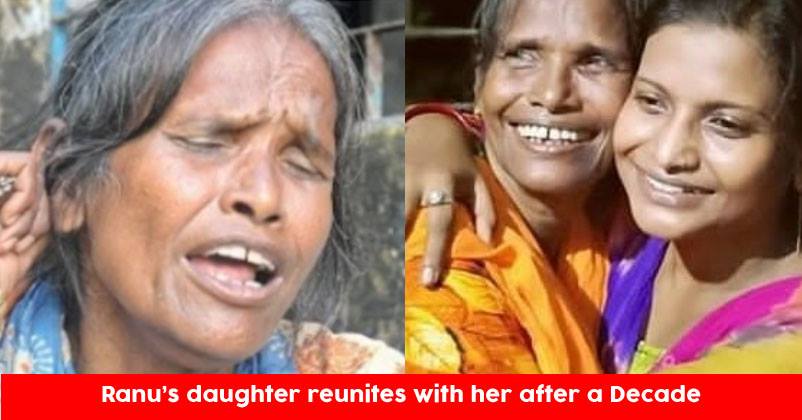 There is no doubt that India is full of talented people, but sadly, sometimes these skilled people are not even aware of their own talent or rather we can say that they don’t get a proper chance to showcase their skills.

Social media is no doubt one of the most powerful sword in today’s world. It can make and break a person. Recently, we witnessed another life changing experience where a roadside singer who used to work in Ranaghat railway station went viral on social media after her voice caught the attention of the netizens.


If you’re living under a rock let me guide you, a roadside singer Ranu Mondal became an overnight sensation when a commuter shot her video and uploaded it on social media.

Her sweet voice won millions of hearts and grabbed several eyeballs. Connoisseur of true talent came forward and stretched their helping hands towards her.

Ranu Mondal was even invited in leading music reality shows to perform Ek Pyaar Ka Nagma Hai. Singer Himesh Reshamiya even offered her a song in one of his upcoming films. It’s also said Bollywood’s superstar Salman Khan gifted her a house worth Rs. 55 lakhs.

Ranu Mondal somehow her connection with her daughter for years after her video went viral. Her daughter Swati managed to find whereabouts of her mother and came to meet her with her little girl.

Swati even visited her mother in Mumbai where she was busy recording her upcoming song for Himesh Reshamiya’s film Happy Hardy and Heer. Swati even stayed with her mother at one of her aunt’s place in Ranaghat.


The mother and daughter are extremely happy to be back in each other’s life. It is also believed Ranu’s husband has tried to get back in her life.

Well, this taught us a lesson we can never know what is going to hiappen the next moment, isn’t it!