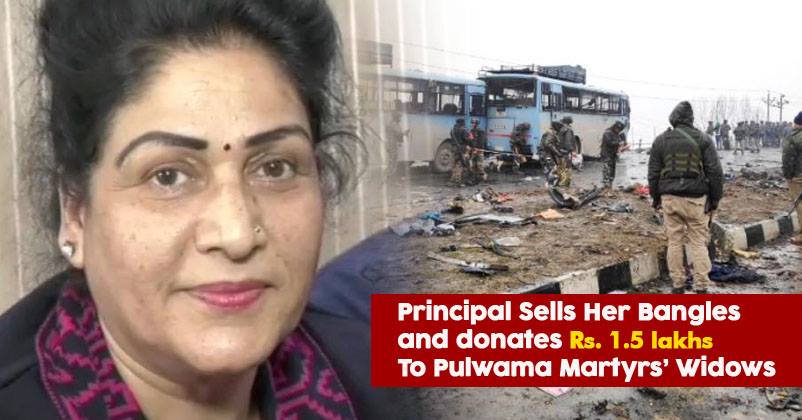 Pulwama incident has left the whole country in a mode of grief. It has hurt the people to an extent that no one will ever forget or forgive the terrorists.

The families of CRPF Jawans who got martyred have the support of the whole country and the way people are coming ahead to help them is really worth appreciating.

Recently, we told you how a beggar woman’s whole life saving was donated to the families of martyrs as it was her last wish. Now there’s another great story.

Kiran Jhagwal: When I saw the wives crying I thought what can I do for them, I sold my bangles&donated money to PM Relief Fund. The bangles were gifted by my father. People must come forward. We're a population of 130 Cr, if everyone donates even Re 1 each a lot can be collected. pic.twitter.com/uLDmqYN9Jr

According to reports, she was heartbroken to see the widows of CRPF Jawans and hence sold her bangles which were gifted by her father years back. By selling her bangles she raised nearly 1.5 lakhs and immediately donated it to PM relief fund.

Now that’s something only a woman with a really big heart can do and we salute her for it.

Government Schools In Delhi Perform Better Than Private Ones, Here’s What You Need To Know
A Carpet Manufacturing Unit In Bhadohi Blew Up, But No One Really Knows What Happened